There is nothing better in this world than a good possession movie. When done well, they can be extremely unsettling, forcing you to leave every light on in your house because it stays with you. The latest project from Mickey Reece (Climate of the Hunter) starts off that way, and then takes a sudden, sharp turn. The film is titled Agnes, and features a story about possession, for sure, but ends up becoming a much different project by the time the credits roll.

A disgraced Father Donaghue (Ben Hall) and his young apprentice Benjamin (Jake Horowitz) are dispatched to a convent to deal with an alleged case of demonic possession. At the convent, we’re introduced to the film’s titular character Agnes (Hayley McFarland) and the film’s main character, Mary (Molly Quinn). The cast interacts well together and the story throughout the first quarter of the movie is delivered in a very traditional “exorcism movie” style. It delivers on several of the classic “possession” tropes while also injecting several conflicts of conscience as well. Father Donaghue and Benjamin’s presence within the walls of the convent causes feelings of unease from Mother Superior on the surface, while an even bigger conflict is brewing in the background. Mary is forced to deal with the loss of her former best friend, all the while still struggling with a massive loss from her past.

Agnes was very well-paced in the first half of the movie, setting up what could’ve been an insanely fun ride through Mary’s backstory, and maybe even a showdown between her and Father Donaghue, or even better, young Benjamin. What we got instead is a dark journey into Mary’s rapid decent into madness, or even more, possession. The entire back half of the film focuses primarily on Mary, after leaving the convent and trying to make it on her own, away from the church. Reece and Quinn do a fantastic job of fleshing out the constant struggle of faith and loss happening in Mary’s mind. She never seems capable of letting go of the things that have hurt her in the past, and as a result they follow her, and latch on to her, much like a demon latches on to its victims.

While I did enjoy the experience of Agnes, I also felt like there was something missing. I’m still not convinced if the movie was too long, or not long enough, because as it concluded I had a ton of unanswered questions. I’d like to think that maybe the movie was a bit longer than it should’ve been, as there were a few early deviations from the main plot that didn’t add much to the central story. One particular example is a scene involving a friend of Father Donaghue’s visiting the convent to do essentially the same exact thing Donaghue had done a few scenes prior, with exactly the same outcome. I imagine that the time spent on that character would’ve been better used for explaining what happened in the aftermath of the convent possession instead of simply implying everyone “went away.”

The film concludes on a high note, with Mary and the newly ordained Father Benjamin having a wildly high-level conversation about faith and God. It’s this scene that perfectly encapsulates the essence of what Agnes is all about. It’s less about the traditional smoke and mirrors “haunted house” stories of the past, and more of a story about faith, and how much person can become consumed with trying to fill the void of loss. That, can be scarier than any possession movie.

Agnes will be streaming exclusively online during the Tribeca Film Festival, and you can watch it RIGHT HERE.

Also, check out my interview with Mary herself, Molly Quinn below: 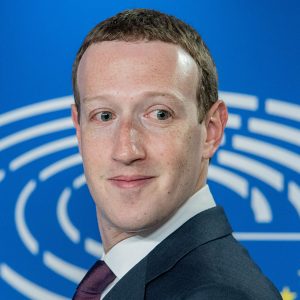 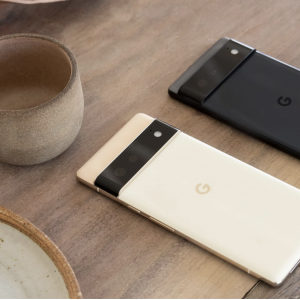 The Pixel 6 and Pixel 6 Pro Are Available For Preorder

Fresh off their fall Pixel event, Google has finally made the Pixel 6 and Pixel 6 Pro available for preorder. The highly anticipated devices were

The Motor City Comic Con made its triumphant return to the Suburban Collection Showplace in Novi, MI for the first time since the onset of 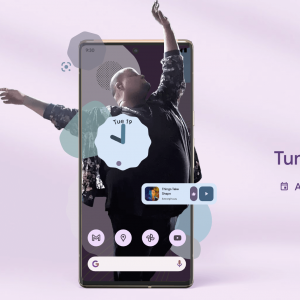 After releasing Android 12 into the AOSP (Android Open Source Project) yesterday, Google has finally settled on a date for its fall Pixel event. October