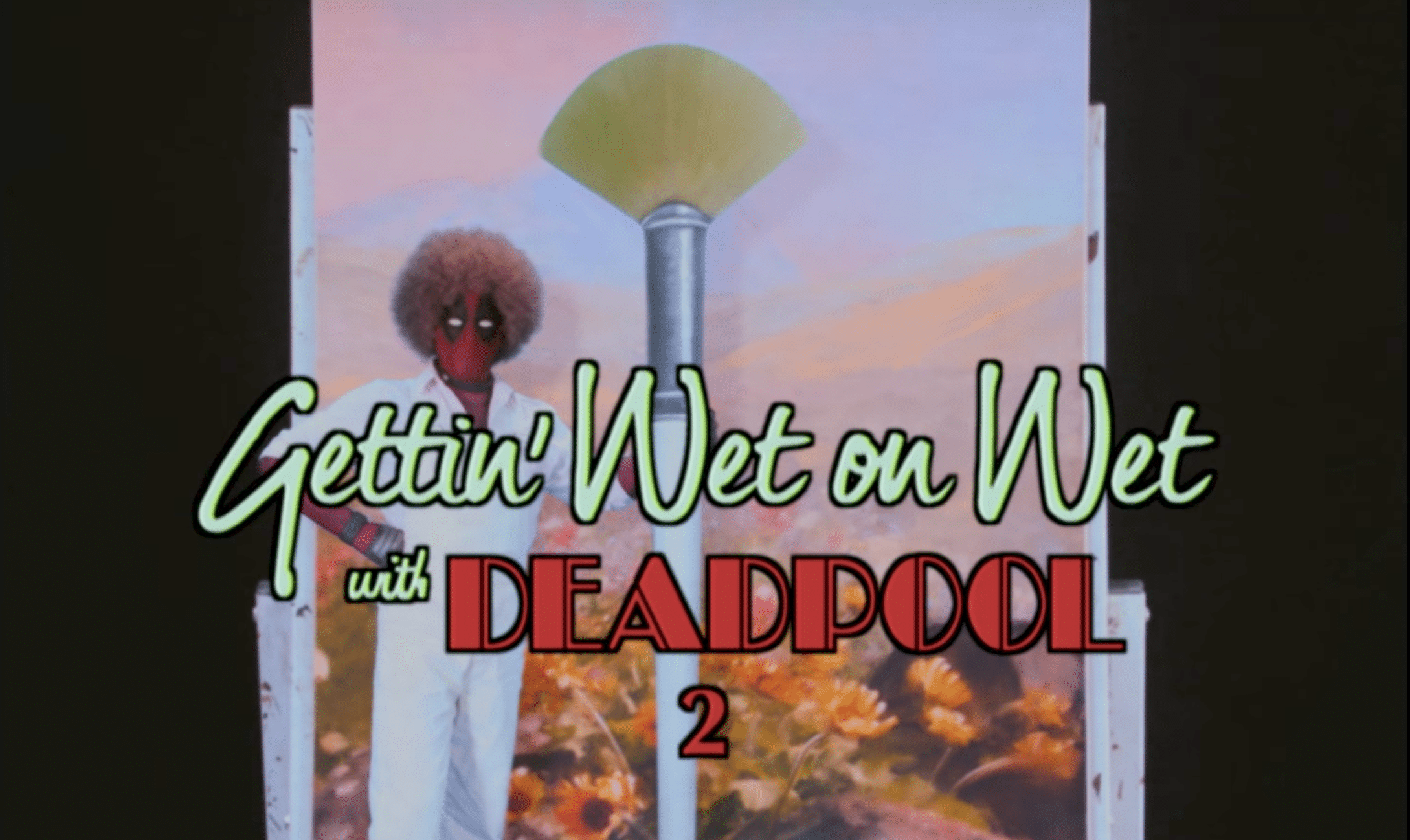 20th Century Fox and Ryan Reynolds brought us all an early Christmas present today. It came in the form of a short called “Wet on Wet” which saw Deadpool invoke some pretty sweet Bob Ross cosplay. This marks the first time we’ve gotten a peek at our old friend Mr. Pool since the initial teaser debuted earlier this year.

This is also the first time we’ve actually got to see some footage from the highly anticipated sequel to the first Deadpool film. The first time around, we got to follow Wade Wilson’s journey from a cynical assassin for hire, to him finding out about his degenerative cancer, all the way through his eventual enrollment in the Weapon X program. The movie itself was brilliant, as it was pretty much a love story cloaked in the costume of a comedic superhero film. Thanks to an ‘R’ rating, fans were able to enjoy the full brevity of the Deadpool universe, and in turn Fox was rewarded with one of the highest grossing films of 2016.

This time around the stakes will be even higher, as Deadpool is set to tangle with two well-known Marvel mutants. The first of which happens to be one of my personal favorites, the mutant hunter extraordinaire Cable. Josh Brolin will be playing the role of Cable, and from the looks of things, he’s taking this role very seriously. Cable first appeared in Marvel’s New Mutants #87 , as an adversary of the Mutant Liberation Front. He later  teamed up with the second mutant from Deadpool 2 Domino, to form the all-new X-Force team. Breakout actress Zazie Beetz (FX’s Atlanta) will be playing Domino, a mutant with powers similar to those of Deadpool.

Deadpool 2 will hit theaters on June 1st, 2018. Check out the trailer above, and prepare for some serious laughs.