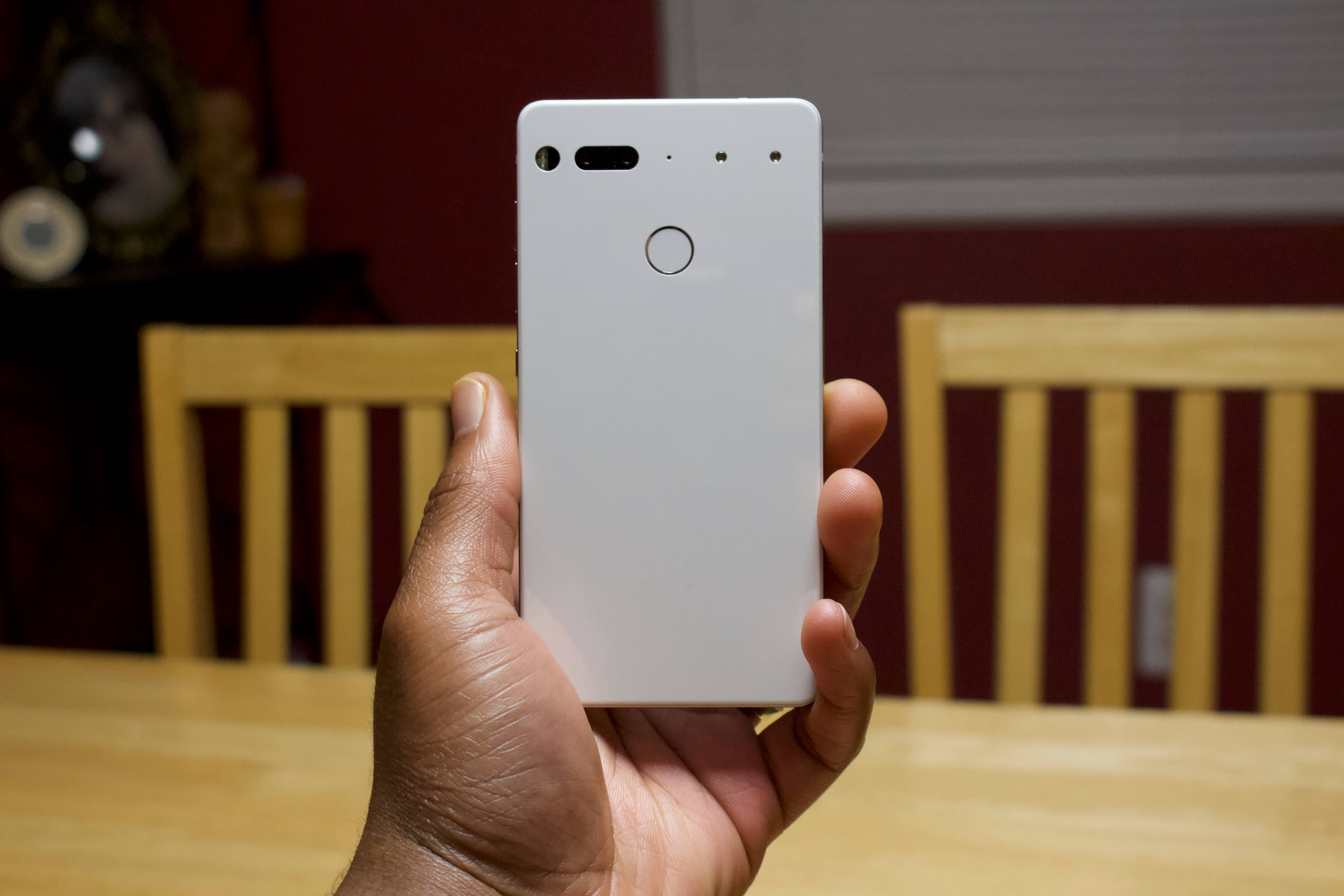 I can still remember the first time I saw it. Myself, and about 40,000 other people were watching a REcode live stream hosted by Walt Mossberg on Youtube. The event was to serve as the official coming out party of the Essential Phone, or Essential PH-1. The PH-1 is the brainchild of Andy Rubin, the same guy who introduced us to the Sidekick, and who also helped father the Android OS. Andy and Walt spoke in great detail about smartphones and tech, and the current state of flagship devices, then Andy pulled a prototype Essential out of his suit jacket. I was hooked before a word about it was even spoken. 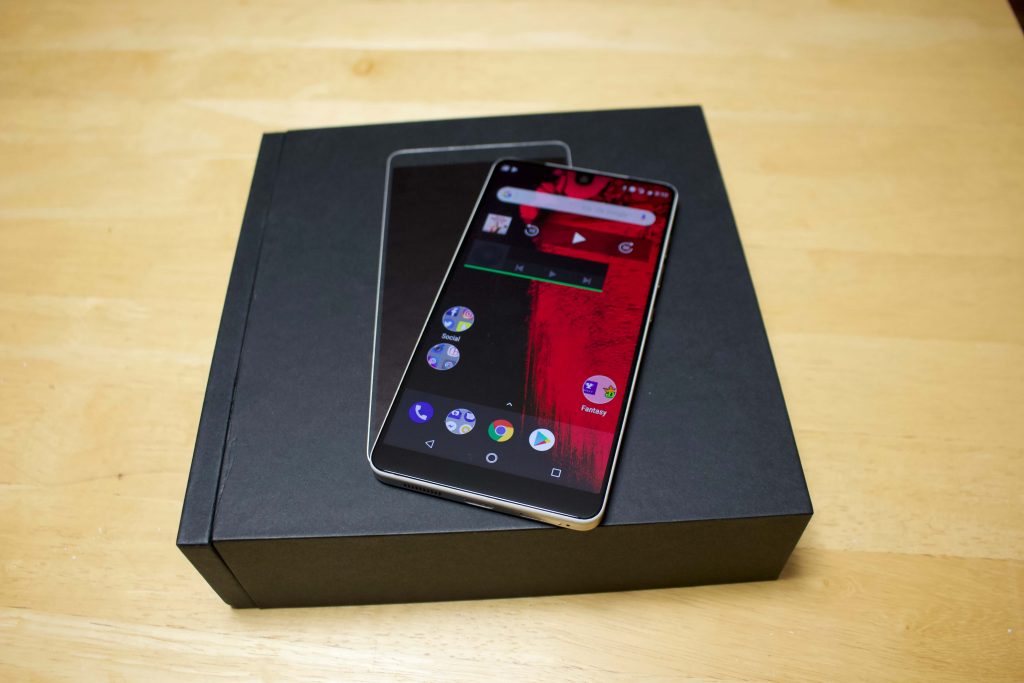 When my Essential phone finally arrived, I was super excited to finally crack open the box and check it out. I’ve read dozens of reviews, and “love letters” to the Essential, but hadn’t had the chance to actually experience the phone for myself. With all the words from ever review I’ve read up to that point fresh in my mind, I opened the PH-1’s packaging, and all the noise stopped. My first impression on the phone is also my current one. This phone is absolutely stunning. The craftsmanship is amazing, and the build quality is stellar. Simply put: this is the most well made phone I’ve ever used. When you’re holding the PH-1, it doesn’t just feel like a phone, it feels like a premium slab of metal and glass. Coincidentally, that’s exactly what it is. The Essential PH-1 is built with Gorilla Glass 5, a ceramic back, and a titanium body. Essential chose these materials to make sure that the phone itself was as durable as they could make it, and I’d definitely say they accomplished that. In addition to the durability though, Essential really did make one gorgeous phone. The screen, the frame, everything just kind of blends into itself, making it stand out head and shoulders above the competition. Speaking of the screen, it’s probably one of my favorite things about the PH-1. As more and more companies start to adopt OLED displays, Essential will be known as one of the companies that was an early adopter of this new display tech. Both the iPhone X and the Pixel 2 XL rock OLED panels, but neither of them are as sharp, or as crisp as the PH-1. Another point of contention for some, would be the small notch at the top of the display where the selfie camera sits. After using the phone for almost a month, I can honestly say the notch almost fades into the display, and with the exception of some apps, you’ll barely even notice it’s there. 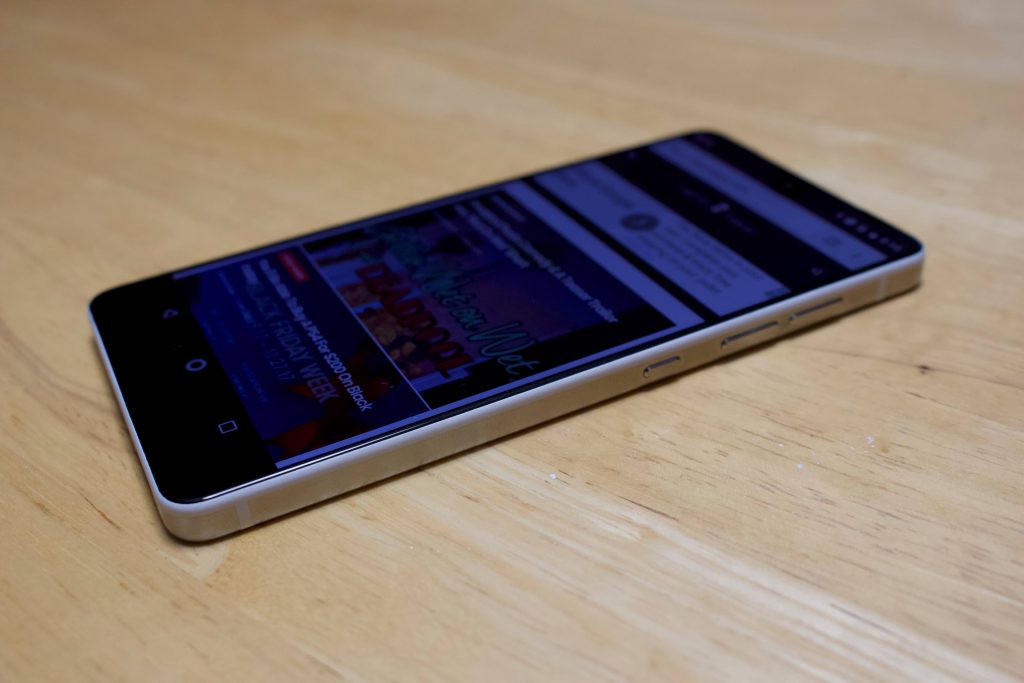 The phone isn’t just gorgeous on the outside though, Essential made sure to stuff everything you’d expect from a flagship inside the device as well. At the center of it all, lies an Octa-core Snapdragon 835 processor, and 4GB of RAM. There’s also 128GB of internal storage here, which I think is an excellent amount of data to start with. Most people will scoff at the conspicuous absence of an SD slot, but I am not one of those people. Besides, it’s 2017…Learn how to use cloud storage already. Essential also stuffed a 3,040 mAh battery into the PH-1 which amazed me with its staying power. I was able to blast through 14 hours in between charges with pretty heavy usage and not charging through the day. The times I was diligent in making sure I plugged it in here and there, my battery never dipped below 60%. On the back of the device, there’s two connector pins that function similarly to Motorola’s Moto Mods connectors. Essential utilizes a magnetic, low-power bluetooth connection to ensure all compatible devices will work without hassle. For right now, they’ve only introduced a 360-Degree camera accessory, but have announced plans for more including an accessory that will revive the headphone jack on Essential devices. 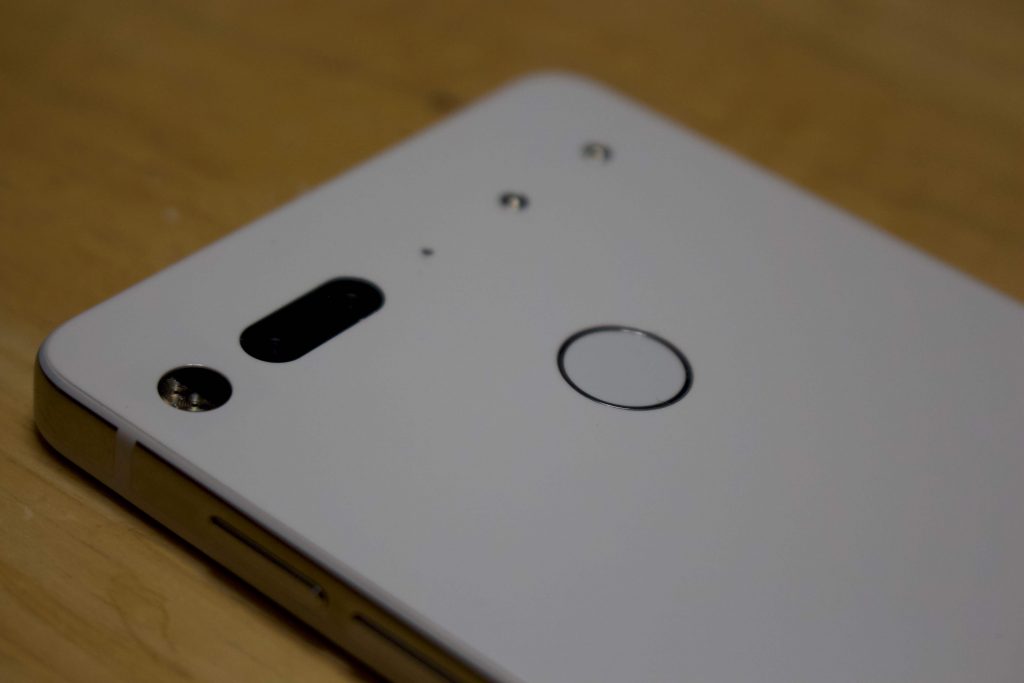 Essential has made no bones about the fact that they want you to be able to hop into the device and simply enjoy the experience. As a sign of their commitment to those beliefs, they’ve gone so far as to make the PH-1 run near stock Android, along with excluding any branding on the device. Android purists will see this as an immediate advantage as stock Android means faster update cycles, and zero bloatware on the device. I’ve used a Samsung Galaxy S8 most of the year, and while the phone is great, I would often find myself wishing there wasn’t as much Samsung on the device. With the PH-1 and stock Android, I feel like there’s nothing standing in my way of truly customizing the device to my exact liking.

Now, for the camera talk. As I previously mentioned, I’d heard a ton of negative about the camera on the PH-1 before I decided to check it out for myself. Now that I’ve had the chance to experience it for myself, I’d have to say the camera was legit the most disappointing aspect of this phone. For starters, the camera app itself leaves A LOT to be desired. The design looks like it was the very last thing Essential thought of before heading to the manufacturing phase. The interface feels more like an afterthought than something you’d take serious as a competitor to something like an iPhone or a Galaxy device, and is leagues away from being as good as the camera on the Pixel. As for the sensor itself, it performed pretty well, but the word I’d use to describe photos and videos I took, would be inconsistent. There were times where I was pleasantly surprised by the shots I managed to grab, while other times I would come away absolutely frustrated with the final product. Video wasn’t much better either, as you’d have to make sure your hand was steady, lighting was perfect, and there was little motion with what you were recording, or you’d end up with a chippy, grainy, mess. The good news is, Essential could potentially fix most of these woes with a software update. Essential has already pushed out several upgrades that have fixed some of the functionality, but there’s still a long way to go before this camera is truly considered good. 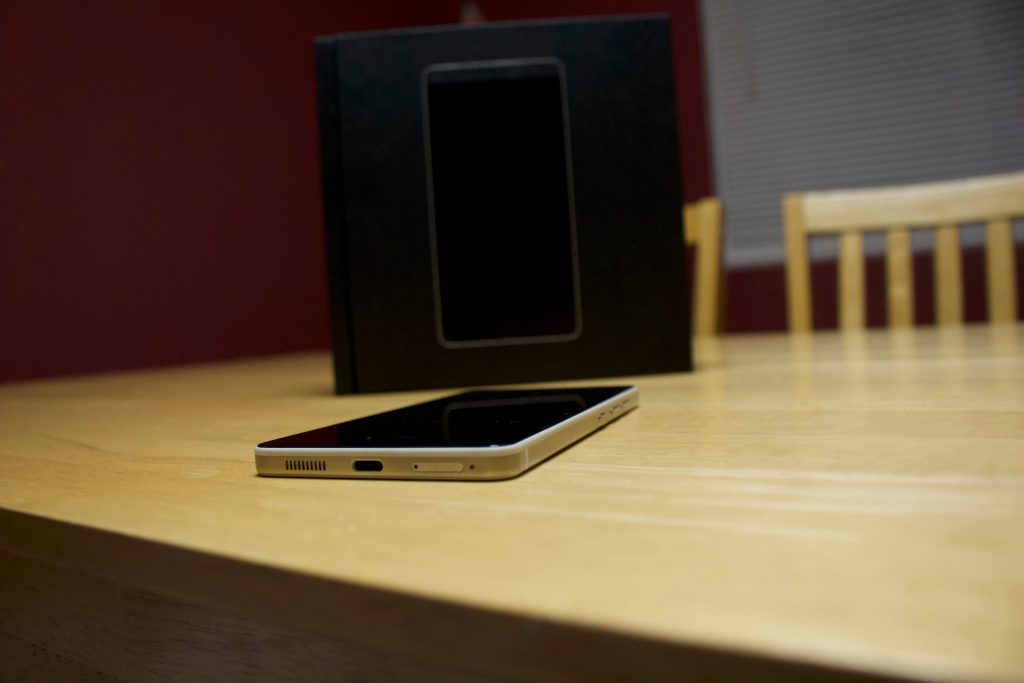 Despite the camera woes, the Essential PH-1 is still one of the best Android devices on the market. For this to be a first generation phone, from a brand new company, I think Essential did pretty well. For the camera to be the only downside to this phone, I think is a pretty big statement. Especially considering the camera issues could be fixed with something as simple as software updates. If Essential continues to make hardware, in a few years, they will be a major problem for LG, Samsung, and Google themselves. For now, they have a pretty decent amount of momentum, and more importantly than anything they have experience. I have all the faith in the world that the next version of the Essential phone will be one of the best Android phones ever made. The biggest challenge will be getting there.

You can purchase the Essential PH-1 HERE.

Tesla Semi Trucks Are A Real Thing, Walmart Plans To Test Them