The first official trailer for Marvel’s Avengers: Infinity War is here, and it is everything I’d ever hoped it would be. Marvel has been building up to this moment for 10 years now, and everything hinges on this movie being the best Marvel movie ever. We’ve seen our favorite heroes be put to the test before, but there has been no threat as grave as the one Thanos presents. The first trailer perfectly encapsulates that, and we get to see some of our favorite characters interact with each other for the very first time on-screen.

The trailer starts with Gamora who was once an underling to Thanos, warning of his goal. She’s overheard telling someone (who we later find out is Iron Man) that his goal is to wipe out half the life in the universe. That sets the tone for the entire trailer as we see the team of heroes being tested in ways they never have before. In fact, much of the trailer has this really dark temperament to it. Perhaps a sign of things to come. There’s a great deal of time spent showcasing Iron Man as he struggles to set a solid plan in place for defending the universe. He’s being highlighted quite a bit here, and it feels as if Marvel is setting us up for his departure (Please, God no).

Another big reveal within the trailer is that a lot of the action takes place on Wakanda. Wakanda is the home country of Black Panther, and perhaps the hiding spot of the final Infinity Stone. In the Infinity War story arc from the comics, Wakanda is also home to a crucial part of the battle, but in an entirely different way. It will be really interesting to see what role Wakanda plays in this movie, and how Thanos comes to gather all the Infinity Stones.

In addition to a coalition of super heroes, we also get a small glimpse of bad guys forming an alliance of their own. I grabbed a still from the trailer, and I can definitely make out Loki, but as for the rest, I’m totally in the dark. See if you can surmise who is who: 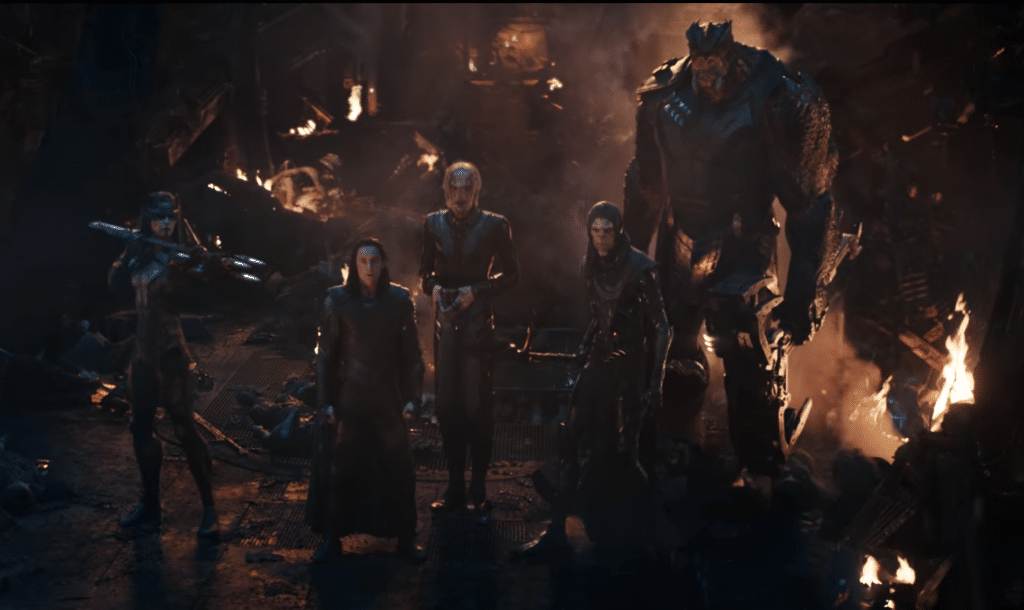 Check out the full trailer below, and let us know what your thoughts are in the comments!!! Avengers: Infinity War hits theaters April 27th

Toys 'R' Us Announces Bankruptcy, Closing All US and UK Locations