SHOW VS SHOW: The Haunting of Hill House vs The Chilling Adventures of Sabrina

NOTE: This article was originally supposed to drop on Halloween Night. Unfortunately, goblins stole my laptop and I was unable to post.

In case you didn’t recognize the sweet, sweet smell of pumpkin spice that’s been wafting through the air…it’s October. That’s right, once again we find ourselves smack dab in the middle of the “spooky season” (and no, I’m not talking about the “sexy lightbulb” costume that Aunt Debbie is planning to wear to your party.) What better way to celebrate than to binge some Netflix goodness?

This year, we’ve got two major frontrunners for your horror viewing pleasure: The Haunting of Hill House and The Chilling Tales of Sabrina (sorry Stranger Things fans, no soup for you). Both shows excel in certain aspects and flounder in others. So, the question must be asked – which program is TRULY worth your time? Let’s compare the two and find out!

The Haunting of Hill House takes a classic story (written in 1959 by Shirley Jackson) and puts a brand new twist on it. Unlike previous adaptations (both named “The Haunting” and both serving as feature films) this series puts our characters together as a family with a troubled past. Eleanor, Theodora, Luke, Steven and Shirley are young adults whose time spent in a haunted house while they were young has affected them in vastly different ways. Steven has taken a skeptical approach to their time in the house while using his family’s experiences to start a career as a paranormal investigator/horror writer (much to the chagrin of his siblings). Shirley has opened her own funeral home and mortuary in order to “fix” the dead and make them presentable for grieving families. Theodora uses her lifelong psychic gift to make a connection with kids as a child therapist. Luke is haunted by the memories of his past (both literally and figuratively) and so escapes into heavy drug use and frequent stints in rehab. Finally, Eleanor (Nellie) finds her bouts with sleep paralysis and recently dead husband to be all the harder to deal with thanks to a reappearance of “The Bent Neck Woman.”

Throughout the series, we frequently flash forwards and back in time to give us a unique perspective of what exactly happened at Hill House. The story unfolds as a well-paced mystery, giving us hints, clues and information in every episode without spilling the beans as to what actually is going on too early. It’s an effective strategy that could have been easily fumbled, but thankfully the execution is done incredibly well!

Sabrina, on the other hand…look, let me start by saying it isn’t a BAD show. Quite the contrary, I found this adaptation of the eponymous comic series to be intriguing and well written throughout most of the ten episode run! However, there are several flaws present that prevented me from getting the full enjoyment I believe the creators had in mind for their viewers.

For one, the tone of the show is all over the place. It simply can’t figure out if it wants to be a horror, a comedy, a drama, or a campy throwback and the result is a mismatch of ideas that don’t always mesh well together. When Sabrina Spellman (this is 2018; shouldn’t it be Spellperson?) is first introduced to us she is at the theater with her friends, gleefully informing everyone why slow moving zombies are superior to fast moving zombies (THANK YOU!). After running in to her teacher (played by Dr. Who alumni Michelle Gomez), Sabrina heads home with her boyfriend Harvey and cheerfully dances her way up the staircase in a scene seemingly paying homage to Beetlejuice. Her life is great and it always will be…oh, except that in less than a week she is expected to sell her soul to the devil himself; undergoing a “dark baptism” and gaining her full powers as a witch. Sabrina fights with her feelings and, despite being pressured by her Aunt Zelda, runs away at the last minute and refuses to walk the path of night unless it is on her own terms. Unsurprisingly, the devil is pissed. So begins a season of cat-and-mouse with Sabrina constantly being tempted/intimidated into playing ball and her outright refusal to give in unless her freedom is assured.

The problem with this is that we don’t really KNOW Sabrina before the shit hits the fan. She seems like a fiercely loyal, happy-go-lucky teenager when we first meet her but beyond that we are given very little reason to root for the 16-year-old (other than, ya know, her fight against literal evil incarnate). Even during intense moments of danger and terror her demeanor never really changes from “mild annoyance.” For example, moments after being chased by a living scarecrow out for her blood (don’t worry, she’s saved by a shapeshifting Salem the cat who is mostly mute throughout the show) Sabrina shows all the worry of an otaku who’s just been told their favorite anime is being delayed a season. I don’t know if this is the fault of the director, the writers or the actress herself but it’s hard to get worried for a girl who doesn’t seem all that concerned for her own safety.

Hill House, on the other hand, features a cast who from the moment they’re introduced are instantly relatable (if not downright likeable). In particular, Steven’s skepticism is a fantastic counterbalance to his family’s willingness to accept the supernatural. Moments where he breaks down and screams at his family (including his estranged father, Hugh) for “refusing to accept” their collective mental illness are gut wrenching in their realism. To him, the Crain family is plagued by a very real and undiagnosed mental disorder and it absolutely kills him to know that he is powerless to help them. As someone who suffers from depression myself I developed a love/hate relationship with the character and that’s exactly the point – I CARED about him. I CARED about them all. I can’t say the same for Sabrina.

In the end, both shows are sure to find their audience among the “Netflix and chill” crowd. I thoroughly give my recommendation for The Haunting of Hill House and, while I may not have particularly enjoyed Sabrina, that doesn’t mean it isn’t without merit. This Halloween night if you find yourself craving something spooky there are far worse options out there than either of these shows. Just be sure to pour some salt across your doorstep…ya know, just in case. 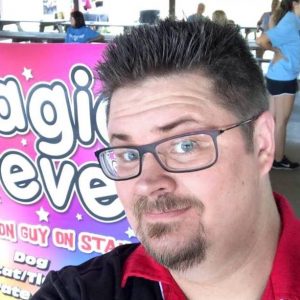 MediEvil Is Making A Triumphant Return To PS4