iOS 8: Everything You Need To Know

Apple wrapped its annual developers conference, and while rumors steadily swirled about new hardware, this was very much a software focused event. Apple officially unveiled their latest desktop and mobile OS’ and gave us a glimpse at all things to come. I’m usually not very impressed by Apple software updates, but I will be the first to admit that this one is pretty huge. Just about everything on the desktop and mobile front is getting a shakeup, but the biggest beneficiary by far is iOS, along with current and future iPhones. Here, I’ll discuss exactly what’s new with iOS 8, and why you’ll absolutely love it.

Photos: Photos are getting a pretty big bump, along with accessibility across multiple devices. iCloud now acts as the central hub for all your photos, making them instantly accessible from your iPhone, iPad, iPod, and Mac computers. In addition to greater accessibility, there will also be iPhoto like editing software built right into the Photos app. These tools include smart sliders that allow you to adjust brightness, contrast, exposure, and more. There’s also room for third party filters to be added in along with the standard filters included by Apple. There’s also a new Camera mode for you creative video buffs out there called Time Lapse. Time Lapse essentially lets you snap photos at predetermined intervals, then auto combines them into a sweet looking time-lapse video for all your sharing needs.

Messages: In perhaps one of the biggest overhauls in iOS 8, the Messages app is getting a huge amount of improvements and additions. iOS 8 will bring Messages to the forefront, and give iMessage users a TON of features they’ve been asking for. For starters, Apple is giving users the ability to download and use third party keyboards, without having to jailbreak their phones. This means keyboards like Swype and Swiftkey will soon make their way into iPhones, iPads, and iPod touches along with many many more. Apple is also making a big dust up about their new keyboard which is essentially compiled of all the best features from Android, Windows, and even Blackberry. The keyboard essentially learns how and what you type, and will try to auto predict your next word for you. That’s right iOS users, welcome to 2009, in 2014. There’s also a suite of new media options that’ll give iOS users more ways to share photos, videos, and even audio than ever before. In Messages, users will now gain the ability to share a short audio, or video clip without ever leaving the messages app. In addition to that, you’ll also have the ability to go back through the media history of all your conversations. Photo history will be available by selecting one existing file from within the conversation and then swiping through a list of previously received media. This will totally get some of you in trouble. Group messaging is getting a slight overhaul as well, with participants gaining a bit more power over the actual notifications they receive. You’ll now have the ability to drop certain participants out of a group convo if necessary, or adversely if you are a participant and you no longer wish to be a part of what can sometimes be described as “Meme Spam”, then you can politely leave the group without effort. There was also a brief mention of self destructing messages, but no further detail was given on that. If I were a betting man (And I am), I’d assume messages are about to get a Snapchat-like feature that shows messages for a certain amount of time and then auto deletes.

Family Sharing, iCloud Drive & Extras: Family sharing is a pretty cool feature that gives families the ability to share content without needing to share Apple IDs. I know for sure this will be a huge feature for some who feel like they have to share their Apple ID in order to keep track of their kids purchases and such. With family sharing, parents can now allow their kids to have a completely separate ID but also still have the ability to approve or deny something that they download. Those who use Family Sharing will also be able to share music, movies, apps, and books between each other. The one and only pre-requisite to this useful new feature, is all Apple IDs associated with family share have to be using the same credit card. iCloud Drive is bringing Dropbox like functionality into Apple iCloud and also shaking up the pricing structure a bit. Plans will now start at .99 a month for 20GB of storage, and the ability to have ANY file you like appear on all your Apple devices. Health Kit now brings your health directly into the spotlight by hoarding all the data from your fitness apps, and collecting it into one large, centralized data base. It’s so advanced that it even gives you the ability to create a digital medical alert bracelet of sorts, that’s visible right from your lock screen. Things like your allergies, blood type, and medications that you take can be shown if you so choose. That last part feels a bit scary to me, especially for those who happen to lose their phones fairly often.

Siri and Spotlight: These two will apparently be Apple’s bread and butter in the near future. iOS 8 essentially makes Siri and Spotlight to Apple, what Google Now and Cortana is to Android and Windows Phone. Siri will now be completely hands free, giving users the option to simply say, “Hey Siri” and search their little hearts outs. Spotlight will bring the web to you, meaning from now on when you use it to search, not only will you get results including things that are on your phone, but you’ll also start to get web results as well. Searching for something like ‘Lake Michigan’ will not only yield results for anything in your texts, email, or media library, but will also include Wikipedia snippets, and web results.

In my opinion, this is quite possibly the absolute biggest update to iOS since they added the app store. There’s a ton riding on these improvements as Android is on the cusp of a coup, moving themselves into the number one mobile OS spot. As an Android user, I will admit, a lot of the things Apple added, were all things that have been keeping me from ever having an iPhone. I’d expect to see iOS 8 officially debut in the Fall, alongside a new iPhone, and the iWatch. There’s also a pretty solid chance that there’s going to be a beta version of the software leaked before then, so those curious for a sneak peak should definitely keep your eyes open. 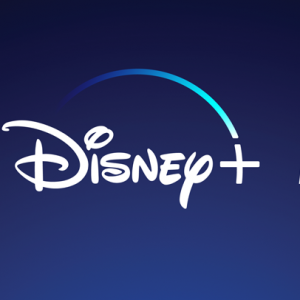 Hulu’s Live TV Option Is Getting A Price Increase, But It’s Also Adding A Few Services

Hulu’s Live TV streaming service will once again be getting a price increase. Beginning December 21st, the service will go from $65 to $70 monthly. 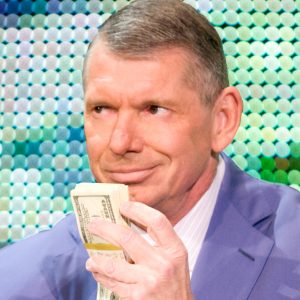 Is Vince McMahon Intentionally Flooding The Market With Wrestling Talent?

Vince McMahon and WWE have been releasing talent on an almost unreal pace as of late. Most recently, over 15 superstars hit the market, bringing 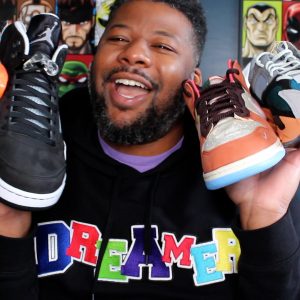 I Bought These Sneakers, And Then Totally Forgot About Them

I think I may have a problem. Ever since I can remember, I’ve always had a fascination with sneakers. They’re like the perfect accessories to 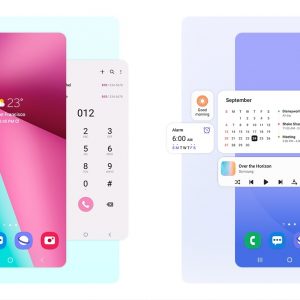 Android 12 began officially hitting Pixel devices less than a month ago. Now, after a few short weeks, Samsung is also pushing out the latest