Verizon Adds A Third Unlimited Plan To Their Lineup

Verizon announced a new unlimited plan to their lineup, that’s set to launch on June 18th. The plan will be called ‘Above Unlimited’ and will bring with it higher throttle caps, and improved streaming quality. ‘Above Unlimited’ features a soft cap of 75GB of usage before Verizon could potentially slow your speeds, based on network conditions. It will also include 20GB of mobile hotspot data, 5 TravelPass sessions monthly, and HD video quality. Of course, in this scenario HD means you’d be capped off at 720P, which used to be HD, but thanks to 1080P and 4K quality videos, it’ll look more like DVD quality.

The biggest new addition to Verizon’s unlimited plans, is the option to now mix and match varying tiers on the same account. According to Verizon, this is a measure that was implemented to allow customer to “pay for what each family member needs, and nothing they don’t.” While this is an admirable addition, it could also end up being wildly expensive depending on the amount of lines on your account. 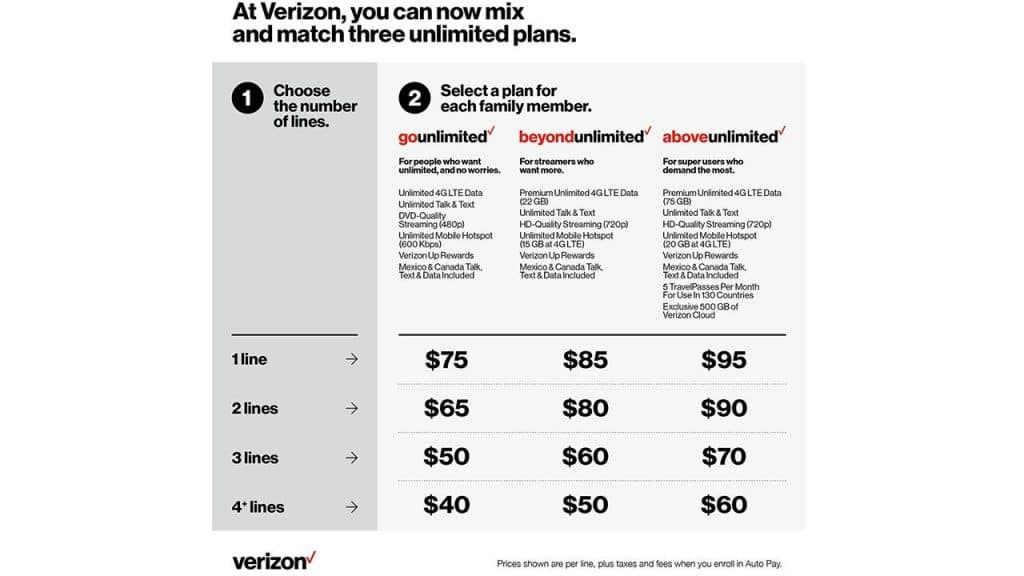 Ronan Dunne, President of Verizon’s Wireless division was beaming about the new unlimited plans. He had this to say about the perceived flexibility of their plans “People have told us what they want from their unlimited plan, and the bottom line is that they don’t like paying more for stuff they don’t need,” said Dunne. “Your kids may only need an unlimited plan to deliver the basics — to call, text and stream without worrying about overages, while you might demand more from your unlimited plan with premium features like HD video and 4G LTE mobile hotspot. Now that you can mix and match, every person in your family gets the plan they need, without paying for things they don’t — all on the network they deserve.”

The new ‘Above Unlimited’ plan will become available on June 18th, for those looking to switch.

WWE Money In The Bank Predictions